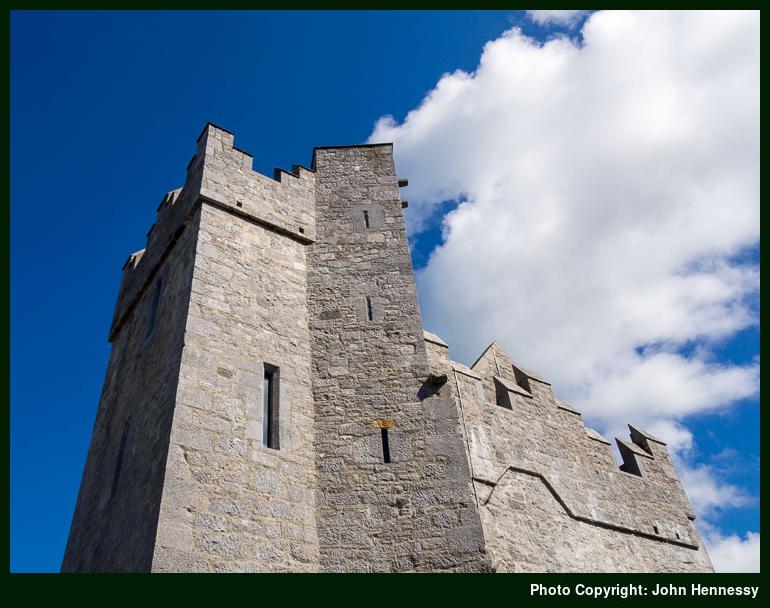 My late father's interest in history was known to me as long as I could remember. Some of his books lay on a bookshelf in my bedroom and others were to be found around the house. Among those was a most prized possession, a limited edition reprint (500 numbered copies) of John Begley's Diocese of Limerick produced in 1993. This is a history of the Roman Catholic diocese that was published in three successive parts, 1906 for Ancient and Medieval, 1927 for the sixteenth and seventeenth centuries and 1938 for the last that covered the period from 1691 until contemporary times. Begley was a priest serving in the same diocese and the entire project continued through his clerical career. The first book appeared when he was a curate in a Limerick city parish and he was a parish priest in Kilmallock when the second was published and had moved to Bruff by the time the third was completed. Aside from the monumental work itself, the fact that John Begley also served as parish priest in Dromcollogher surely must have increased my father's interest in what his research had produced.

In the decade preceding the reprinting by O' Brien - Toomey, I seem to remember my father having gotten a loan of copies of the original edition and gone about making copies of these. To do so, he using an archaic photocopier that worked by making images of original documents on pink translucent sheets and then printing these onto paper using hot rollers. It was a clunky method of operation and, unlike today's ever reliable and user friendly machines, the results could be hit and miss. Even so, evenings were spent photocopying those loaned books and other printed matter that included even a map of the farm the he owned and worked. Today, I wonder if the reprints were all the more appreciated after that toil and I believe that he attended the launch of the new editions. Bishop Jeremiah Newman, a school friend of my father's from his time at Dromcollogher National School (not the present day one on the Buttevant road but an earlier one that once was beside what is now the Plunkett Heritage Centre, formerly part of the town's creamery), would have been there too since he wrote his own preface for them.

In the later years of his life, my father took to writing some essays of his own on the subject and John Begley's books were much read as source material. Those are being kept in a secure place now since they were so prized and I would not want to lose them. My father's own writings have not gone entirely unpublished either with one article having appeared in the Vale Star. The newspaper article was about the life and execution of Fr. Nicholas Sheehy in eighteenth century Ireland, a far less hospitable place than today. Most of the events take place around south Tipperary but West Limerick connections ensured my father's own interest inn the story.

This website was set up to retain my father's writings for posterity and it is a work in progress. In addition to what he had on Fr. Nicholas Sheehy, he also wrote about St. Ita, a saint still revered in West Limerick, together with subjects such as the Danes in Munster and the Knights Templars. There is more to come about St. Ita to complement what is here already and that is not all. For instance, the Reformation was another subject that gained my father's attention and I found a sheet of paper with a story handed down from a neighbour too. Because of these, this little project is set to continue. For now, thanks for coming.