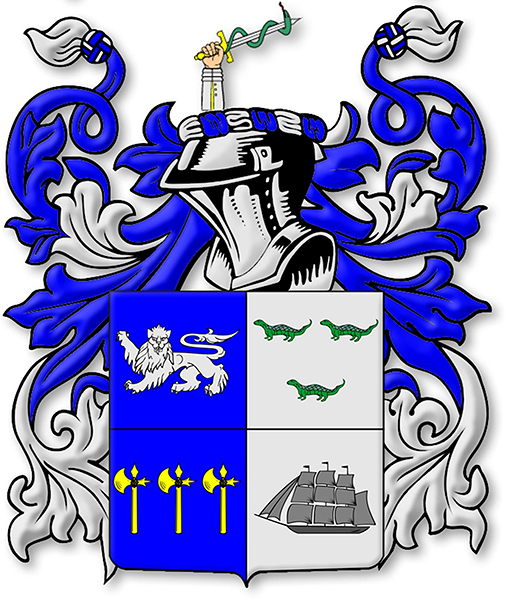 The origins of the Sheehy family originally were Scottish and they are descended from one of the MacDonnell clan, Sithich, the great-grandson of Domhnaill who came to Ireland early in the fourteenth century. They came into the service of the Earl of Desmond in 1420 and that is how County Limerick has come to be a stronghold for the name. As part of the service, they gained possession of the castle of Ballyallinan near Rathkeale.

Their service involved action as mercenary soldiers called Gallowglasses. These could be recognised by their battle dress and the use of a weapon consisting of two sharp blades fitted to the end of a six foot long wooden pole. Their position in County Limerick changed though with the battle of Manister. This battle involved a very strong English army, led by Captains William Malby and Pelham, overcoming the Irish who had attacked them. The Irish losses including Cistercian monks from the monastery who fought with them as well as members of the MacSheehy clan. Another consequence of the defeat was that the MacSheehy's seemed to lose hold of Ballyallinan castle.

Aftre that, they branched out in different directions to acquire large estates of land in Counties Limerick and Cork. Still, the family remained in high esteem among the native Irish. They remained true to their Christian (and Catholic) faith and had accumulated wealthy from the services they gave in war so they possessed the lifestyle of gentlemen. Three brothers moved to Liscarroll where they purchased a large estate and in, one of the Patent Rolls, King James I granted them pardon.

The elder brother, John moved to Dromcollogher where he acquired a large estate and married Margaret who gave birth to four sons named Brian, Roger, William and Francis. Brian moved to Monagea. There he became a beneficiary of John Dore who was a native of Newtown Shandrum and was granted a tenancy of part of the Courtenay estate at Gardenfield which he passed on to Brian Sheehy.

John Dore erected a tomb in the old graveyard in Monagea for his remains and that of his family. That tomb has become the resting place of many Sheehys down through the generations. This tomb is to be seen at the northwest corner of the ruins of the old church in the graveyard.

Brian became popular with the protestant gentry because he was in a position to give them much needed loans of money. He married a member of the McMahon family of Newcastle West who were Catholics and held leading positions in the everyday life of the people. Brian’s wealth and popularity increased during his life at Gardenfield until his end came in 1786 and he was buried in the Dore tomb in Monagea.

His mother had died in September 1725 and her husband John had built a vault for her remains just inside the entrance gate to the old graveyard resting on the roof of the tomb is a very large limestone slab in which is engraved the epitaph:

The second brother Roger continued to operate his father’s business at Dromcollogher while William moved to and settled in Corbally Co. Cork. Here, he too came by wealth through acquiring and re-renting holdings as large as the law would permit.

When the time came for the younger brother Francis to leave Dromcollogher and seek his own way in life, he chose to move to the beautiful Nire valley in Waterford at the foot of the Comeragh mountains where he purchased a farm at Glenahiry. Having settled in comfortably in his new home Francis became acquainted with a member of the Power family of Bawnfune outside Clonmel who became his wife. Francis and his wife became parents of two girls and one boy named Nicholas. The eldest daughter was given the name of her Dromcollogher grandmother Margaret and Nicholas became a priest and was martyred for his sense of social justice.