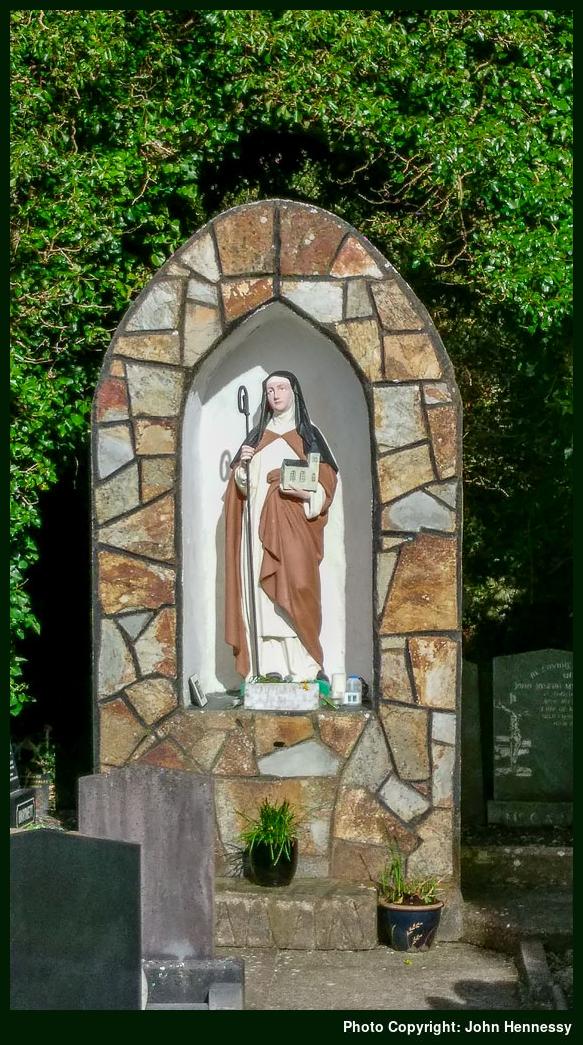 In his later years, my father explored his interest in a person who could be called the patron saint of West Limerick: St. Ita. She came from a royal family living in present day Co. Waterford and was inspired to dedicate her life to God. That took her from her family home to Killeedy near present day Raheenagh. The remains of the monastic school remain in Killeedy graveyard where both my father and mother were laid to rest. There is a statue of St. Ita there too and the memory to the saint is kept more than well alive by the local people. My father did his own part to extend that with collecting various stories in his writings and some appear here already. More are set to follow them.